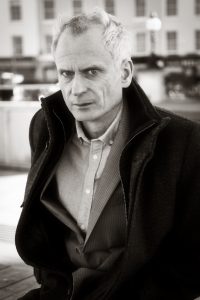 Philip has been a professional writer since 1988, when he began as a trainee reporter for the trade magazine Printing World, a role he loved. Having earlier struggled to become a professional cricketer, engineer and then social worker, he finally discovered a passion and flair for writing. A varied career followed, that took him to forests of southern Chile, health clinics in Nicaragua and community care in the UK.

Since 1997 his journalism and non-fiction have focused on the world of work. His work encourages the dissemination of this evidence so that employers can treat their workers and the environment better while actually enhancing business performance. The ground-breaking article Your Company Doesn’t Exist – the People Who Work in it Do, co-authored with Dr Jules Goddard, was published in May 2017 in the London Business School Review.

Since 2020 he has become increasingly involved in a campaign for civil rights and fairness within the UK tribunal system, having discovered a shocking level of institutional bias imposing detriment on whistleblowers, which he has helped expose in articles for Byline Times and the David Hencke blog. In March 2022 he was one of over 300 signatories to a letter calling for full compliance with Article 6 of the European Convention on Human Rights.

He has written three novels. Close of Play (Urbane Publications April 2015)  was shortlisted for the People’s Book Prize, summer 2015. Marching on Together, published 2017, received a cover quote from legendary author Louis de Bernières. The third novel, A Love of Two Halves (Unbound 2019) has received over 50 reviews, averaging four stars.

He was born in Bradford, West Yorkshire in 1962, but attended schools in different parts of the UK; in Wiltshire, North Yorkshire and Kent. He has lived in London and the Netherlands, and spent a year in South and Central America in the 1990s, where he learned Spanish to a high standard. In 2018 he returned to Yorkshire, and now lives in Wakefield, working from an office in central Leeds.